Planting the seeds of greenery and clean waterways for the Bronx 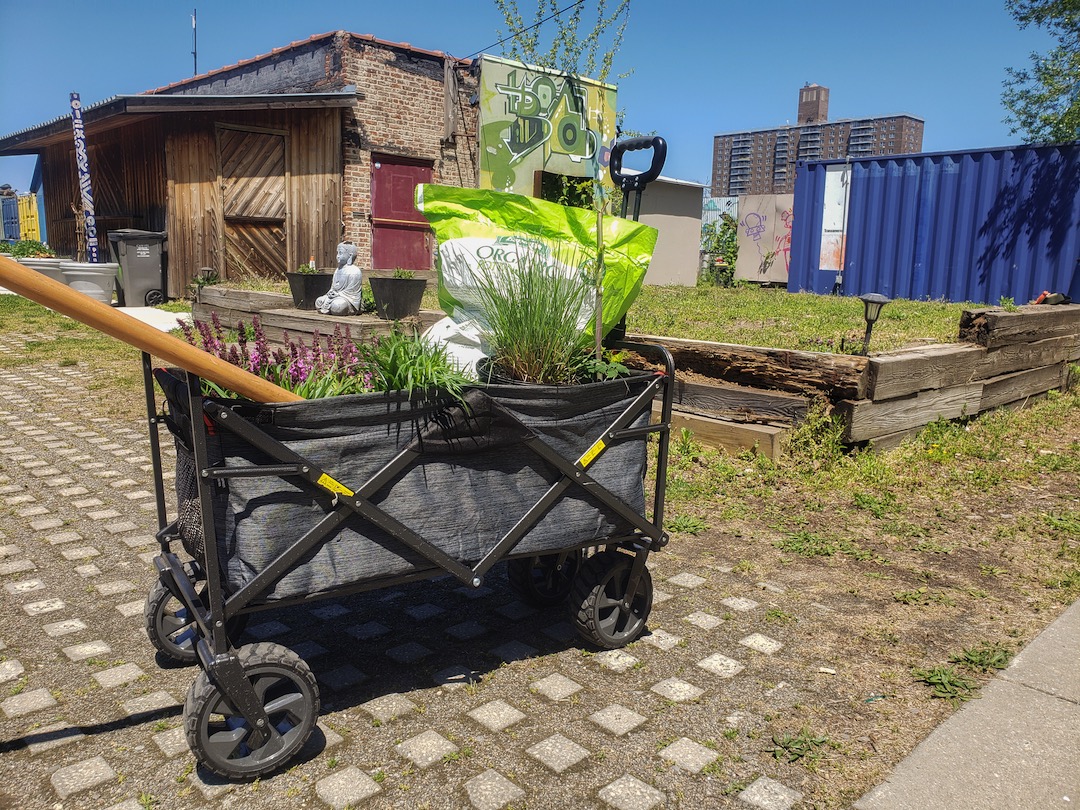 A cart with tools at the Point CDC’s outdoor campus, home to a pollinator garden.

The Hunts Point location of The HOPE Program is sparse.

A 2019 “Best of Bronx” plaque sits on a desk, and a poster advises that “mental health is just as important as physical health.” Outside, potted plants sit on a rack, ready for replanting by participants in Intervine, one of HOPE’s multiple training programs. 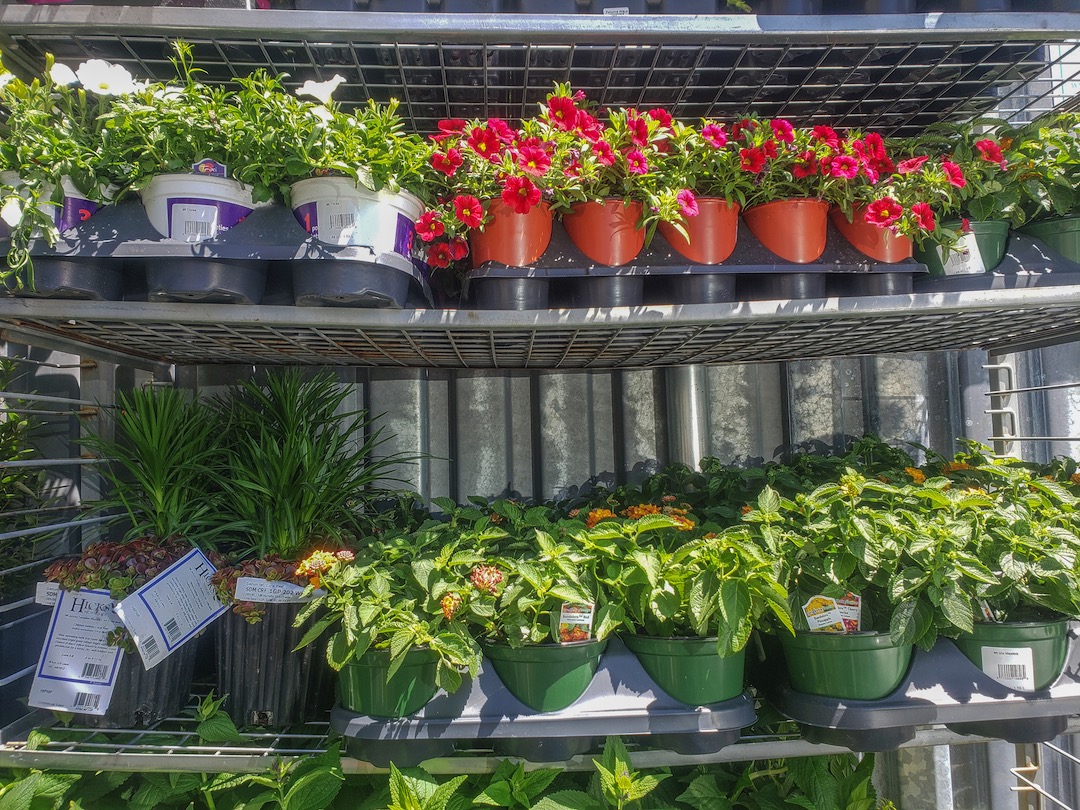 Intervine takes on various green infrastructure projects across the city, including maintaining rain gardens. Among the program’s sites: a pollinator garden at The Point CDC’s outdoor campus and a series of planted medians in Hunts Point.

Shay Wilson, a South Bronx resident and an Intervine team leader, believes in the power of green infrastructure — she said it “needs to be everywhere.” But she see a barrier to growth: awareness.

“People really don’t know what that is,” said Wilson.

In a city increasingly hit by flooding amid growing climate change, managing stormwater is a top priority. Last summer, portions of the Major Deegan Expressway in the Bronx were buried under flood waters when remnants of Hurricane Ida struck the city.

Following Ida’s destruction, the city’s newly formed Extreme Weather Response Task Force released a report that laid out plans to fight back against future storms. The document sounded a call to “rapidly increase green infrastructure,” including at NYCHA locations, playgrounds and city parks.

“We face a massive challenge: the city’s 7,400 miles of sewer pipes were largely designed a century ago, for a very different climate than the extreme one we now face,” the report said.

The city’s second sewer type uses two sets of pipes, one for wastewater and one for stormwater. While the wastewater pipes go directly to a treatment plant, the stormwater pipes dump into city waterways. That stormwater can pick up pollutants like oil or trash from the street before entering local waterways untreated.

Green infrastructure aims to prevent flooding from damaging waterway health. A singular rain garden can take in as many as 2,500 gallons of water. The city Department of Environmental Protection hopes to decrease combined sewer overflow by 1.67 billion gallons annually by 2030.

Green infrastructure also handles flood water that might otherwise enter residents’ property. The Department of City Planning’s 2016 map of projected floodplains in the 2020s included large swaths of the South Bronx adjacent to the Harlem and East Rivers.

“We face a massive challenge: the City’s 7,400 miles of sewer pipes were largely designed a century ago, for a very different climate than the extreme one we now face.”