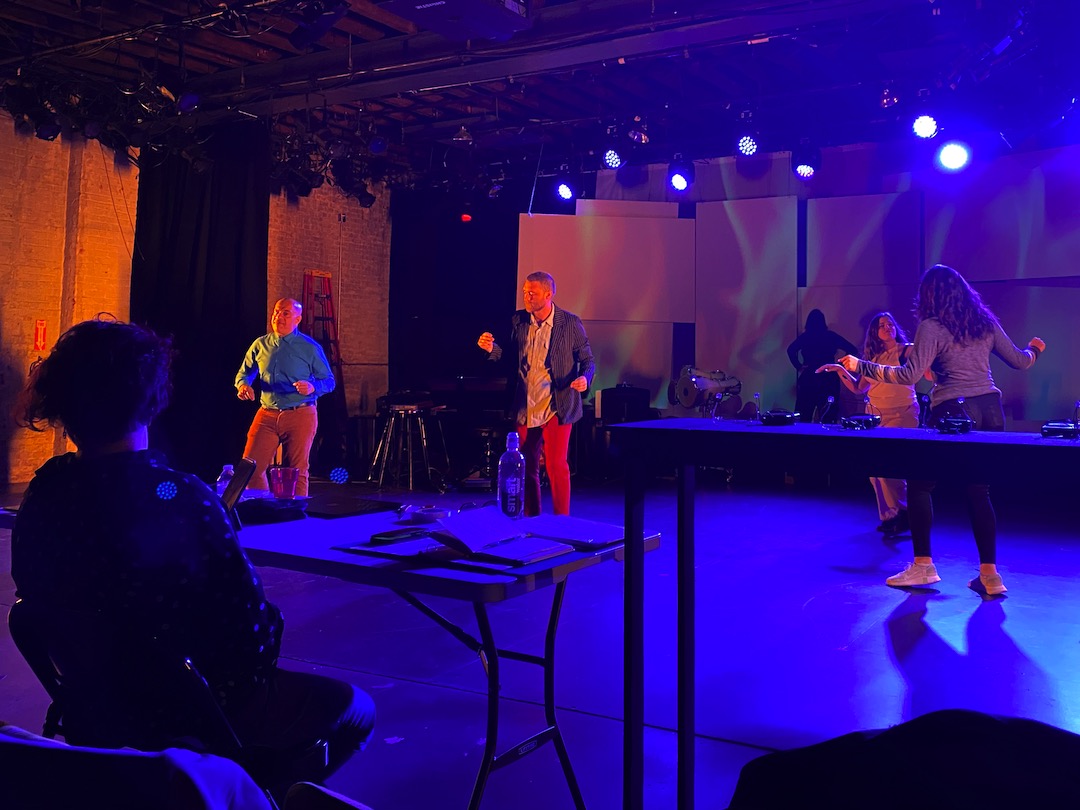 The TORCHED! cast rehearsing a musical number for the production. Photo by Rizwana Zafer.

When the South Bronx burned nearly a half-century ago, the reputation of the borough changed forever. Now, the Pregones/Puerto Rican Traveling Theater hopes to shift the narrative behind the 1970s Bronx fires through the new play “TORCHED!”

The show marked the Pregones/Puerto Rican Traveling Theater’s first full in-person production since the 2020 pandemic shutdown. The goal: to pay tribute to those who tried to uncover the truth behind the fires. “TORCHED!” ran from May 19 to June 12 in English and Spanish with titles, and took place at the Pregones Theater at 575 Walton Ave.

Rosalba Rolón, who created and directed the play, said that the production is “so much about reclaiming a shared history and about giving credit where credit is due.” 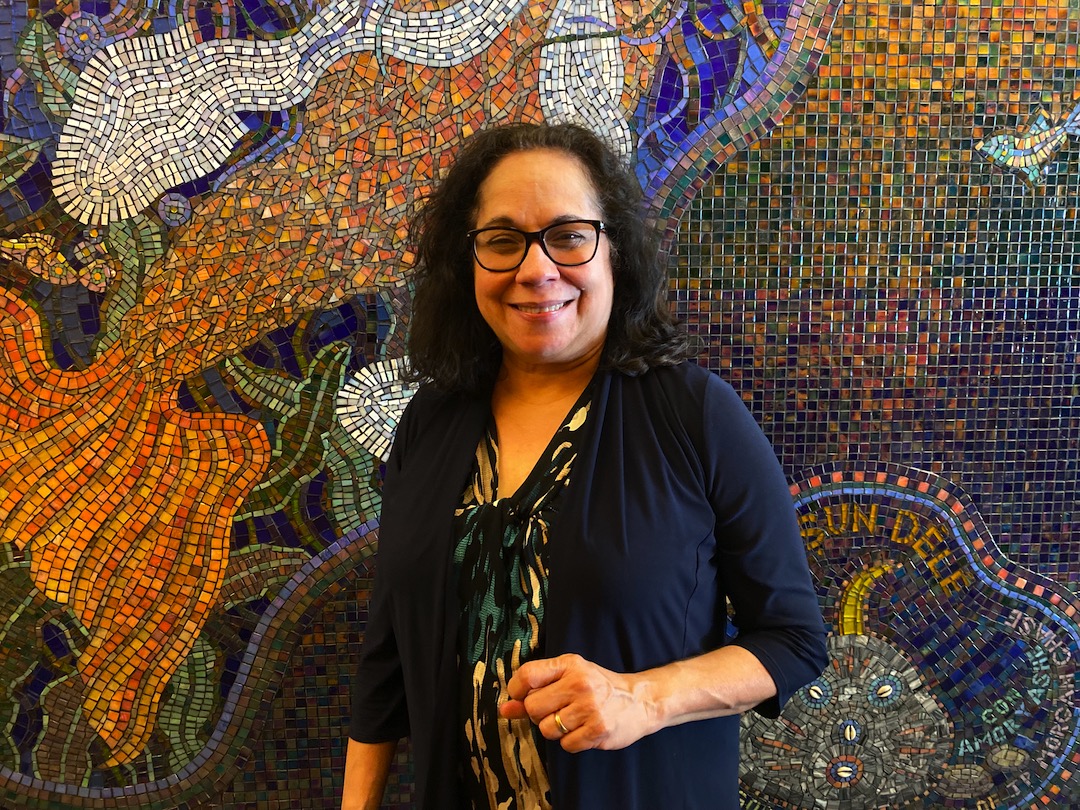 Rosalba Rolón, the creator and director of “TORCHED!” Photo by Rizwana Zafer.

“We forget that history doesn’t move that fast. It takes decades and years, sometimes hundreds of years, to recover and strengthen,” said Rolón. “Our hope is that we not only reveal something that we haven’t talked about enough, like the arson-for-profit situation, but also to validate the people, that generation, that are still with us, the young people that were fighting every moment and they deserve the attention. And good attention, not the bad attention they have received over the years.”

The production is emblematic of a long parade of cultural institutions and movement to sprout from the ashes of the 1970s.  Creative efforts born on the streets — from fashion to music to dance to food to art — have brought a different kind of attention to the Bronx and nurtured a new reputation for grit and resilience.

It’s difficult to separate Bronx history in the 1970s and 1980s from the fires. According to the Bronx River Alliance, the blazes took 80% of housing in the South Bronx, displacing about 250,000 people. For those who grew up in the Bronx during that era, fire was a defining force. Rolón said the images of smoke and flame contributed to the borough’s “dangerous” reputation — exacerbated by the media, which declared “the Bronx is burning.”

“To think that is what the entertainment industry, the news industry, and mass media was portraying around the world was really upsetting and really disturbing,” said Rolón. “I decided that enough was enough.”

“TORCHED!,” which has been in development for the past five years, came at a relevant time. In January 2022, 17 people were killed in a fire at Twin Parks, a housing complex built in the 1970s. The tragedy motivated a push for more effective fire safety laws, including self-closing doors and the addition of more sprinklers. In early June, a fire located just blocks away from Twin Parks killed one person and injured eight others. Only days later, a fire ripped through four buildings in Mott Haven, all of which were believed to be vacant.

The production offers a reminder of an important consequence of the Bronx fires, both past and present: the efforts of Bronx residents to take it upon themselves to save their borough. Rolón’s characters are inspired by real people, such as the firefighter, journalist and bodega owner who played roles in bringing truth to the Bronx fires.

“We forget that history doesn’t move that fast. It takes decades and years, sometimes hundreds of years to recover.”

“I hope that people leave here inspired, knowing the truth, learning something new. I think that our story is so inspirational because we’re highlighting not only the people that were the culprits, but we’re also highlighting the heroes,” said Christin Cato, who played the narrator, Gina. “We’re also highlighting the neighbors who rebuilt this place and put it back together and who fought back, the activists, you know, we’re celebrating those people.” 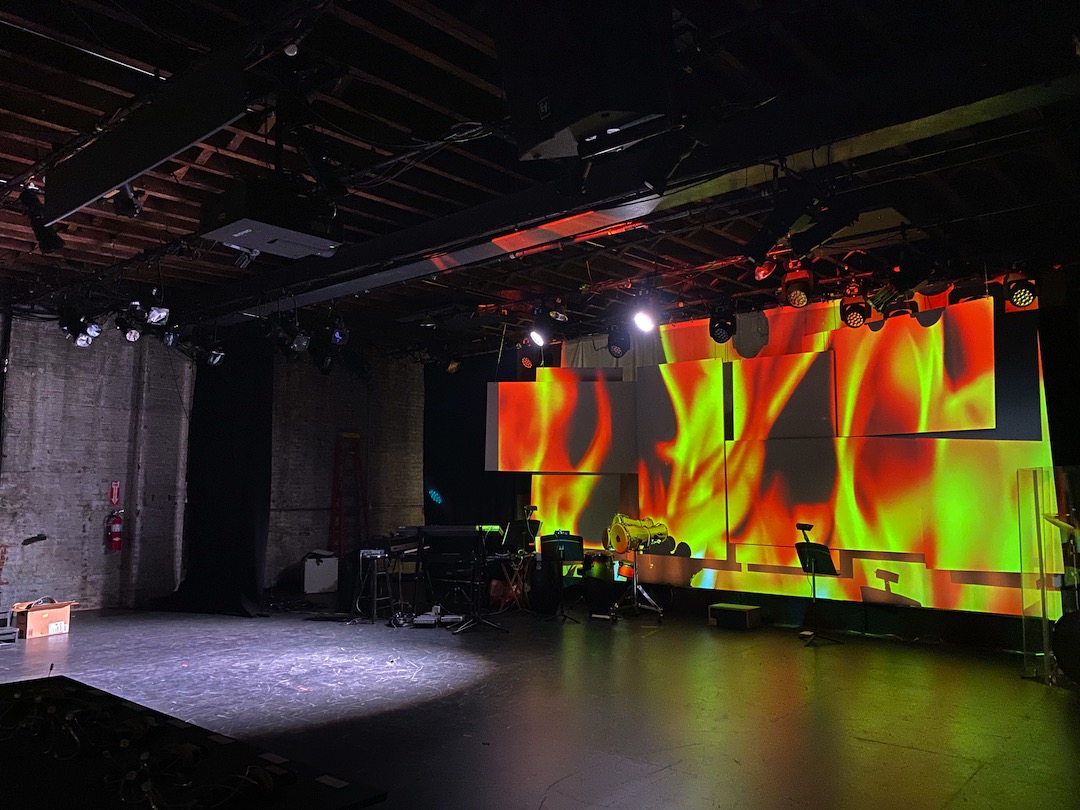 The set of “TORCHED!” at Pregones Theater.

Cato, a Bronx native, said her mother was a pre-teen during the 1970s fires. She said that the effects of the fires are still tangible in the Bronx, ranging from generational trauma to health problems.

The Pregones/Puerto Rican Traveling Theater is just one of many Bronx-based organizations that are working to promote the arts scene in the borough. THE POINT Community Development Corp. offers youth development programs to make art accessible in Hunts Point. The Bronx Council on the Arts also offers youth arts engagement programs and workshops for artists, as well as open calls for artists and curators.

The Universal Hip Hop Museum is set to open at a 52,000-square-foot development within the next two years, while the Bronx Children’s Museum is expected to debut later this year. Through individuals and organizations, the South Bronx has been emerging over the years as a center of cultural richness and spunk, even in the face of ongoing challenges.

“It’s not too late,” said Nyseli Vega, an actor who played a journalist named Linda Gonzalez in the show. “And it’s like, let’s get people to come see this so that we can rewrite the reputation, you know?”

Rolón wants the production to not only amplify the voices of the generation that experienced the Bronx fires, but serve as a cautionary tale.

“I’m hoping that if anything, it’s an alert, an alarm in a way,” said Rolón. “One that says, ‘Let’s bring attention to this so that it doesn’t happen again.’”

Audio Feature produced and edited by Rizwana Zafer. Includes music samples by Robinhood76 and ivolipa, which can both be found on Freesound.com. Also includes a sample of “Each and Every Day” by Rosalba Rolón and Desmar Guevara.