Kiara Carrion was 15 when she designed her first corset with her mother for a friend’s fashion show fundraiser.  From then on, she strove to prove herself, showcasing new designs when sparse opportunities arose.

Now 21, Carrion is the CEO of KITARA Designs, which specializes in designer bras and corsets.  She also displays her talents as a New York Knicks dancer, and as a singer and actress.

Bronx Fashion Week offered Carrion a big opportunity to present her designs, connecting her more closely with her Bronx community.

“I was able to have these girls from underserved communities come and model my clothes. I thought it was a great way for me to really interact with my community in a way that I really haven’t been able to before,” she said.

Carrion is now creating a line of colorful new corset patterns inspired by 1950s and 1960s designs to debut at the upcoming Bronx Fashion Week festival in the fall. Beyond that, she dreams of showing her work at the fashion weeks in Milan and Paris.

Bronx Fashion Week, founded in September 2014 by Flora Montes, aims to provide opportunities for local emerging or established designers and models to showcase their skills and abilities in an industry that is often non-accessible for many.

“Flora’s such an amazing person and she truly cares for each and every designer that she has in Bronx Fashion Week, and I think that’s what really sets her apart from every other fashion week out there,” Carrion said. 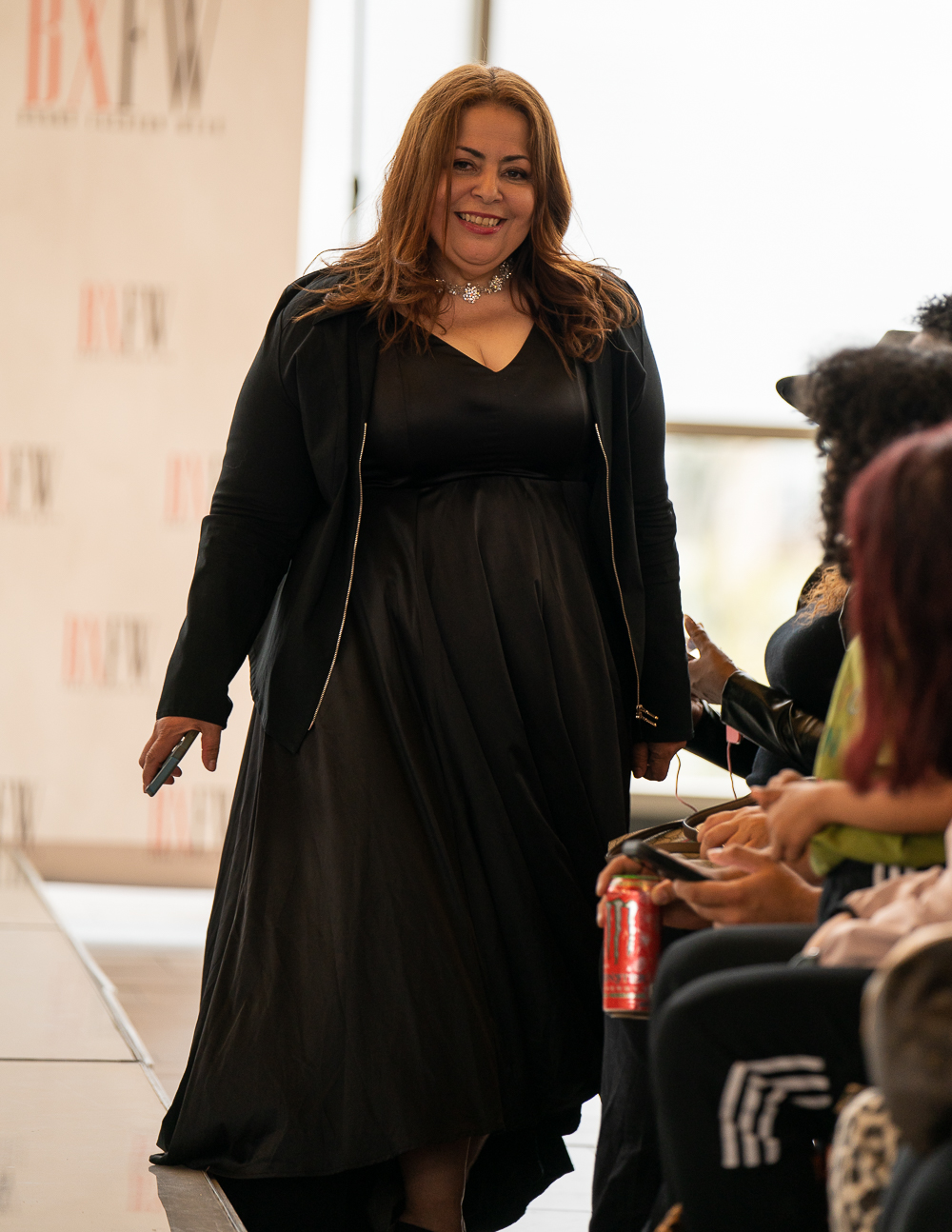 Flora Montes, founder of Bronx Fashion Week, celebrates the return of her company’s fashion show at the Mall at Bay Plaza. Photo by Raymond Chankasingh.

“It is amazing,” Montes said. “I’m grateful. At one point, I lost hope during COVID, I think as many did.”

Montes, who grew up in the Mill Brook Houses in the South Bronx, moved to Connecticut. But she returned to her home borough to make sense of life after her daughter died. She contemplated how to carry on her daughter’s legacy and forge her own, leading to the creation of Bronx Fashion Week.

“Fashion is more than fabric,” Montes said. “It builds self-esteem. It builds confidence. I’ve seen models that come to the casting with their broken shoes and their tattered T-shirts, but they had a dream. They had the courage to come out. So, I want to be able to help them but also encourage them.”

The recent show included plus-size, Black and Brown, male and female models as they displayed designs of various stores and designers.

As models strutted down the runway wearing his Spring 2022 collection, designer Larry Franco called the show a thrilling and beautiful experience, especially following a pandemic-spurred decline in sales and exposure.

“It is inspirational, not only to see my designs but see other designers… a lot of minorities with huge plans and ideas and beautiful ideas,” said Franco said, who also runs three long-established family-owned stores. “It is super important.”

“Fashion is more than fabric. It builds self-esteem. It builds confidence. I’ve seen models that come to the casting with their broken shoes and their tattered T-shirts, but they had a dream. They had the courage to come out. So, I want to be able to help them but also encourage them.”

Even before the pandemic, the rise of online shopping and the closure of small businesses in the Bronx threatened Franco’s livelihood. But he credits Bronx Fashion Week with rises in sales, social media activity and in-person store visits after each show.

During the May show, camera flashes illuminated 21-year-old Ryan Barnes as he made his Bronx Fashion Week debut, walking the runway in one of Franco’s designs, a three-piece beige suit.

“It’s just an amazing opportunity,” said Barnes. “I love that Flora is giving people of all different shapes, sizes, colors, ethnicities, genders even, the opportunity for them to wear designer things and really showcase their worth to regular people.” 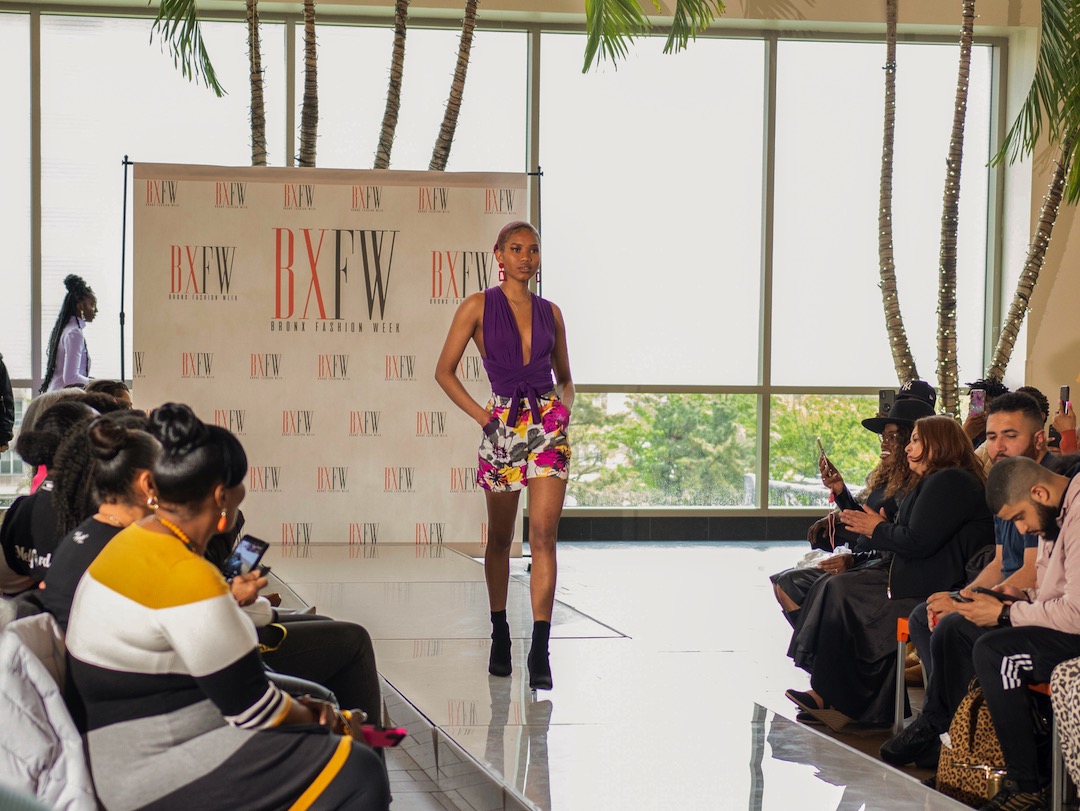 Jakelyn Jimenez walks down the runway in a colorful, floral skirt matched with a purple top, a Callejas Atelier design. 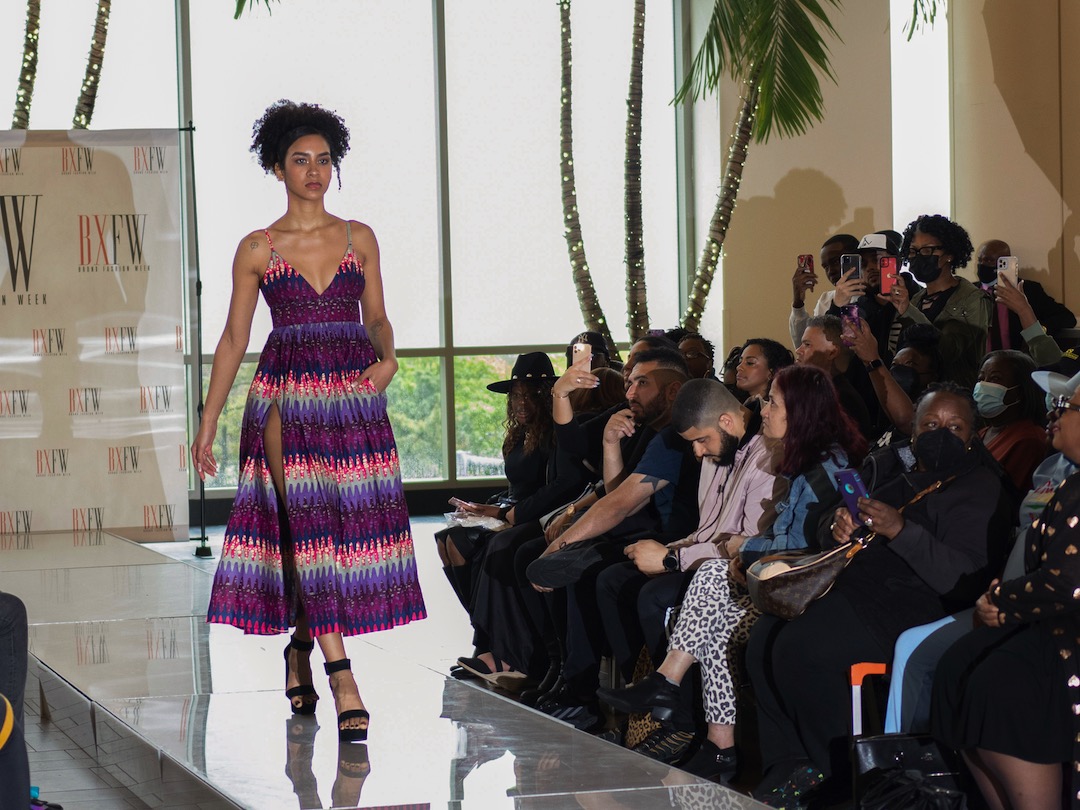 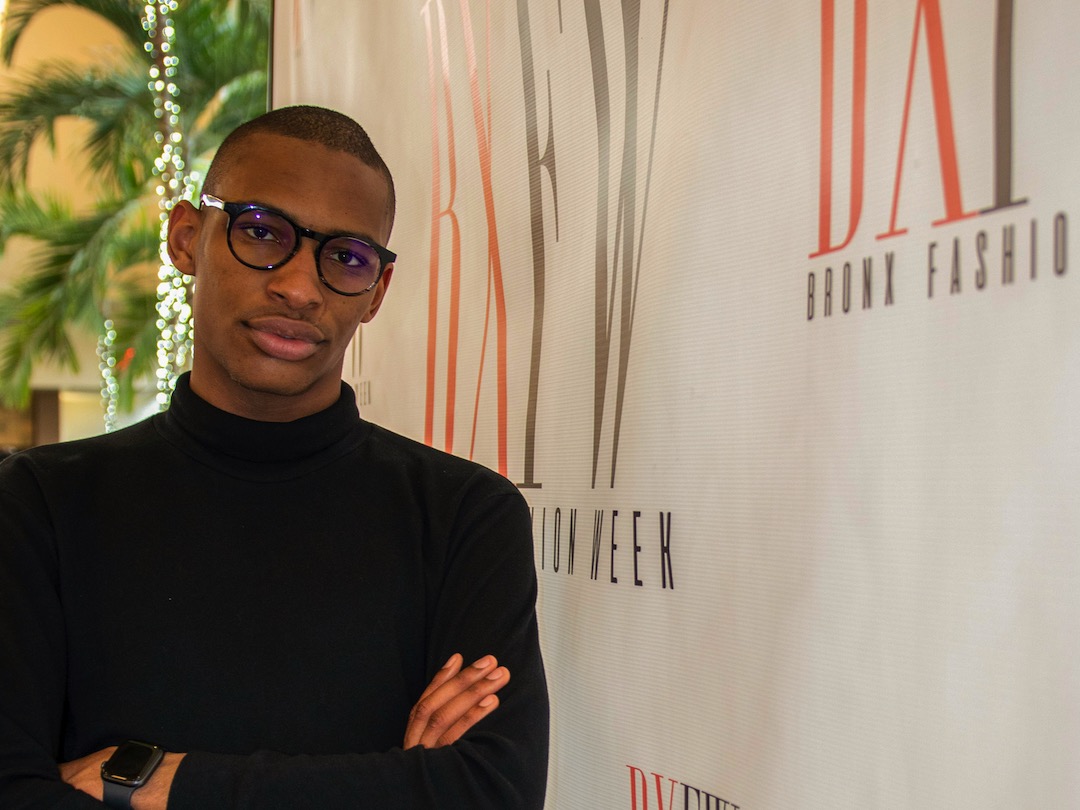 Inspired by the reality TV show “America’s Next Top Model” and fashion journalist André Leon Talley, Barnes began developing a deep passion for fashion at a young age. But he rarely saw people like him — a gay Black man without a college education — breaking into modeling.

The fashion world has seen an increase in inclusive and diverse models in recent years. During New York Fashion Week in Spring 2015, 20.9% of the models were people of color. This year, that number leaped to 55.5%, according to the Fashion Spot’s diversity report.

Barnes decided to become a modeling path-breaker:  “So that way growing up, people like me when I was little can look at me and say, ‘I can do that too.’”

Barnes, who wants to attend the Fashion Institute of Technology, said Bronx Fashion Week is vital to his community.

“There are amazing designers, amazing people, amazing stylists, amazing makeup artists that come from the borough of the Bronx who do not get any sort of visual representation,” he said. “Flora gives them that opportunity to do so.”

Montes, who describes herself as a “fashion mother,” recalled a young man who had been released from prison and always wanted to be a model but “no one believed in him.” Bronx Fashion Week gave him that platform, and he has continued to model and turn his life around, she reported.

“I’m building a legacy now, not a company — I’m excited,” Montes said. “I’m working on other projects, bringing workshops, empowering on a larger level, and bringing the whole dream to life. I’m on Cloud Nine. I’m grateful every day I wake up. I thank God to be able to come back.”